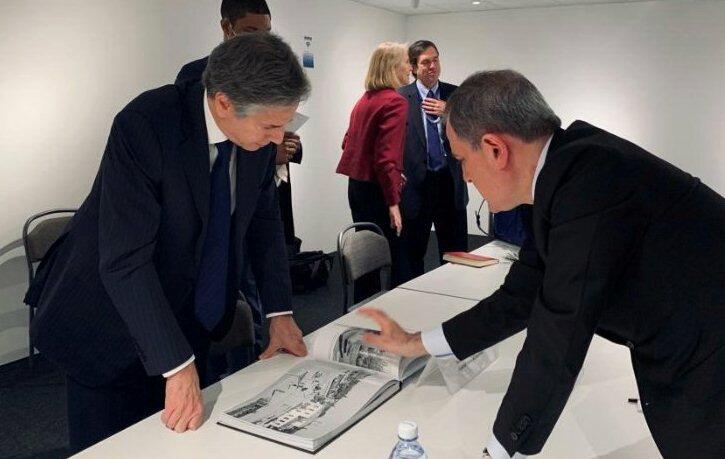 Axar.az reports that the minister shares a photo of the meeting that took place yesterday. It can be seen from the photo that Bayramov gave Blinken visual aids and explained them to get a full picture of the liberated territories.

It should be noted that it took place within the framework of the 28th meeting of the OSCE Council of Ministers in Stockholm. During the meeting, Bayramov briefed the opposition on the situation in the region after the signing of the trilateral statement on November 10, 2020, the scale of destruction in the liberated areas, the threat of mines, the causes of tension at the border, the restoration and reconstruction work in the liberated areas.