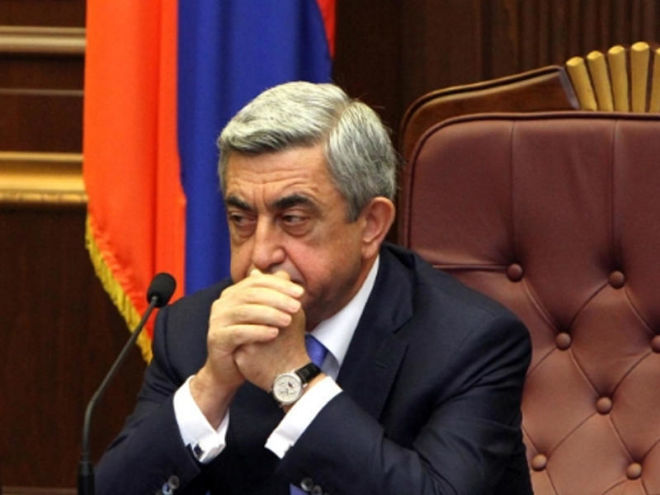 "Serzh Sargsyan was ready to give territories back. He could even return whole Karabakh."

Axar.az reports that, Armenian news agency "armenianreport" wrote about that.

They noted that, Azerbaijani army scared him during April fights.

"He was giving territories. But internal powers didn't let that happen. That means it will happen sooner or later" - wrote site.