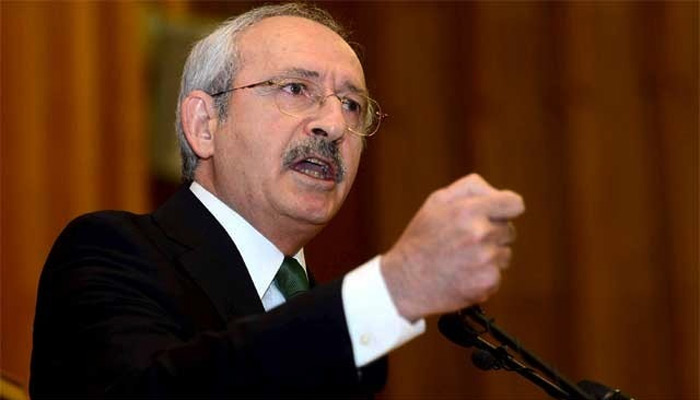 Turkey's opposition parties have criticized Germany after a local authority revoked permission for a meeting where Ankara's justice minister was scheduled to address members of the Turkish community.

Senior lawmakers from the Republican People's Party (CHP) and the Nationalist Movement Party (MHP) spoke to Anadolu Agency on Friday.

CHP group deputy chairman, Ozgur Ozel, said it was unacceptable to "censor" such a meeting, especially in a country which had high-level diplomatic ties with Turkey.

"It was an approach that questioned the sincerity of Germany's words on freedom of expression," he said.

MHP group deputy chairman, Erkan Akcay, condemned "German executives who show this attitude," adding it was "wrong in every way" to prevent ministers from meeting their citizens.

"Germany has to give up this wrong attitude as soon as possible," he said.

Turan recalled how President Recep Tayyip Erdogan was not allowed to send a message to a planned anti-coup rally in Cologne last July.

The Turkish leader had planned to make a video call following the defeated July 15 coup but was barred from doing so by a German court.

However, Germany allowed a video address by the internationally recognized head of the PKK's armed wing Murat Karayilan to a Cologne rally in 2011.

On Thursday, the municipality of Gaggenau in southwest Germany revoked its permission for Bekir Bozdag's meeting, citing concerns about overcrowding. This prompted the Turkish justice minister to cancel his planned visit to Germany.

The incident has drawn strong criticism from the Turkish government. Turkey's Foreign Ministry summoned the German ambassador, Martin Erdmann, over the cancellation.

The event in Gaggenau had been organized by the Union of European Turkish Democrats, or UETD.

Germany is home to the largest Turkish expat community in the EU, numbering around three million people.