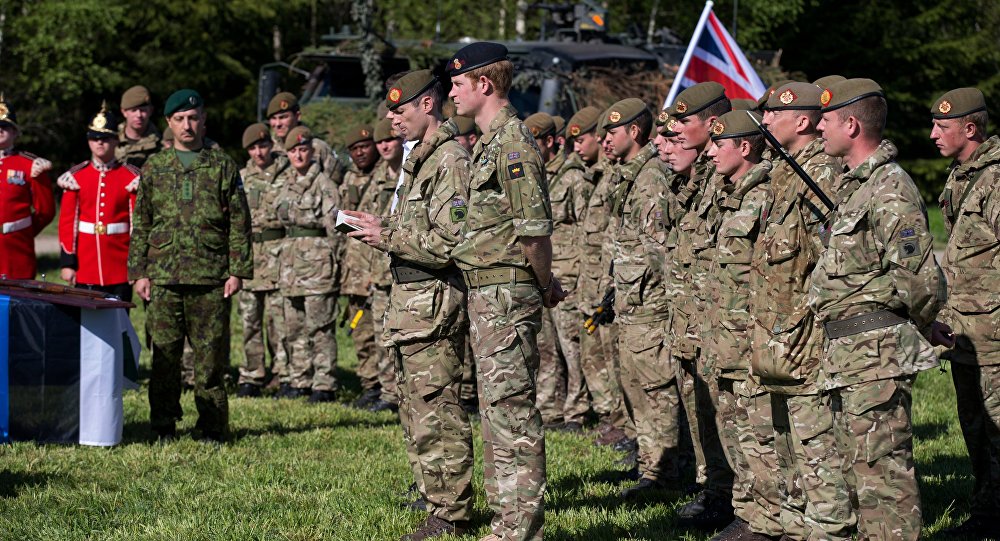 Early in March, over 100 UK troops out of planned 800 arrived in the Estonia as part of NATO's drive to boost military presence in Eastern Europe. On March 22, the first batch of UK armored vehicles also arrived in the country.

Apart from defense issues, Ratas and his UK counterpart discussed bilateral relations post-Brexit, in particular providing guarantees for 10,000 Estonian citizens working in the United Kingdom.
Ratas expressed hope that the EU-UK relations would stay strong, close and balances after UK withdrawal from the union.

"We are all interested in Brexit happening without problems," he added.

The Estonian politician also invited May to visit Estonia.

NATO decided to deploy additional troops to the Baltics during July 2016 summit in Warsaw. Allies agreed to deploy four multinational battalions to Estonia, Latvia, Lithuania and Poland. Over a dozen NATO states will contribute troops to the mission.
NATO has been boosting its military presence in Europe, particularly in Eastern European states, since the outbreak of the Ukrainian crisis in 2014, citing Russia's alleged interference in that conflict as justification for the move.