Erdogan visits Baku: This meeting will be important! 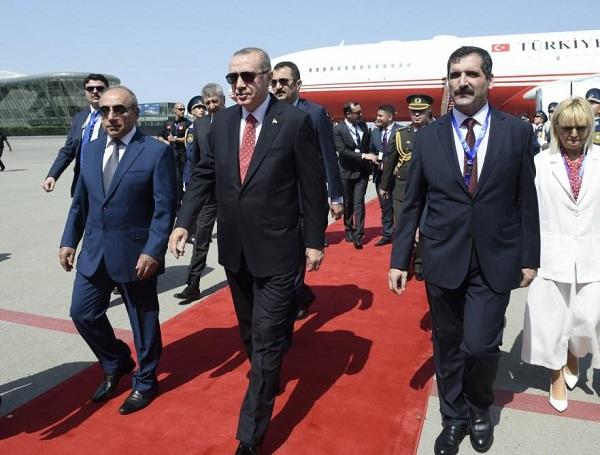 At the invitation of President Ilham Aliyev, I will attend a meeting of the Turkish Council in Baku.

Axar.az reports this was stated by Turkish President Recep Tayyip Erdogan in his statement to journalists before his visit to Baku. Erdogan said he would be in Baku on October 14 and 15. He said that during his visit to Baku, he would first meet with Azerbaijani President Ilham Aliyev and later with Turkish businessmen.

The Turkish leader also said that the 7th Summit of the Turkic Council will be held in history. He said at the meeting in Baku that Uzbekistan's full membership to the Turkish Council would be implemented.

Erdogan said he would have a one-on-one meeting with the leaders of the Turkic states in Baku, and said he would give detailed information about the Spring peace operation. He also said it was an honor to strengthen ties between the Turkic world.