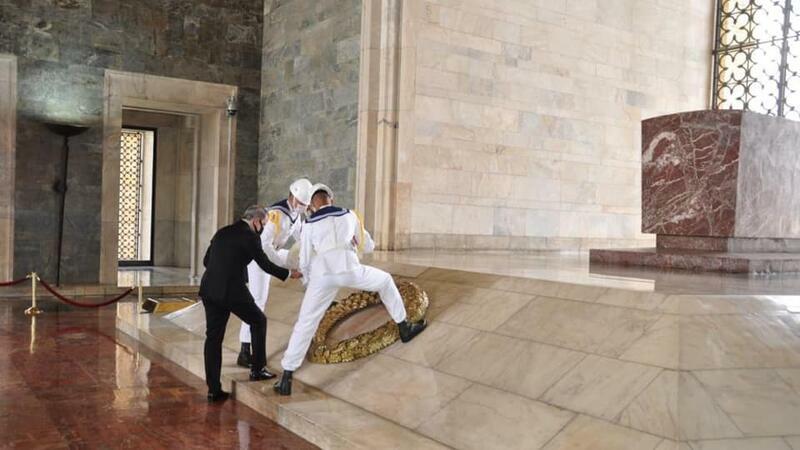 Axar.az informs that, the Minister laid a wreath at the tomb at the Mausoleum, wrote my heartfelt words in the Book of Remembrance and got acquainted with the museum.

Then he visited the park and monument named after national leader of the Azerbaijani people, founder of modern and independent Azerbaijan Heydar Aliyev and laid a wreath at the monument to the Great Leader.