An expert from the US: Azerbaijan is fighting terrorism 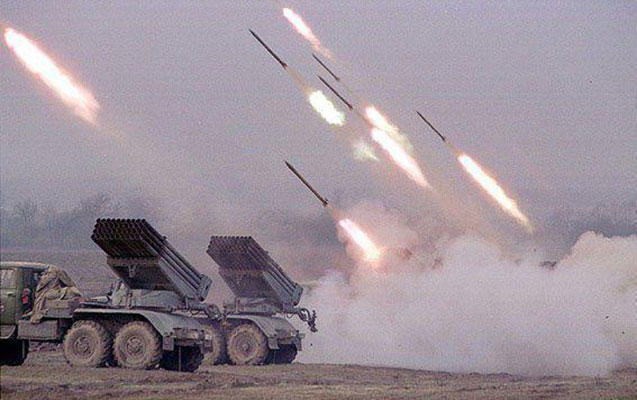 Axar.az presents the article "Armenia's Attacks On Azerbaijan Prove That Terrorism Can Be Committed By Anyone" by Andrew Korybko.

There's a common misperception across the world, especially among the citizens of Western nations ever since the 9/11 terrorist attacks at the beginning of this century, that terrorism is a phenomenon exclusively associated with Muslims. Those attacks and others scarred their collective consciousness so much that it made it much easier for people to believe this false narrative that's peddled by self-interested demagogues. Some of them have clear Islamophobic motives and also wanted to provoke a so-called “clash of civilizations”, which is a euphemism for a supposedly inevitable war between Christianity and Islam that in reality isn't inevitable at all.

For as terrible of a war crime as Armenia's attacks on Azerbaijan's second-largest city of Ganja have been, they've at the very least begun to attract considerable international attention. This, in turn, might open up the misled masses' minds in getting them to realize that terrorism has no race, ethnicity, religion, region, class, or other identity-specific characteristics but is simply a heinous mix of tactics and strategies designed to achieve radical political ends. In this case, Armenian state terrorism is designed to intimidate the Azerbaijani people and provoke their armed forces into responding in such a way that Russia might then be dragged into the conflict.

It's important to point out that these recent attacks aren't the only example of Armenian state terror. The very fact that this tiny nation occupied approximately 20% of universally recognized Azerbaijani territory for almost three decades is terrorism in and of itself, to say nothing of the ethnic cleansing that it and its separatist allies carried out against what some estimate to be between 600,000-1.2 million non-Armenian Azerbaijanis in Nagorno-Karabakh and its seven surrounding districts. The Khojaly massacre was the most infamous manifestation of their terrorist intentions but countless less prominent examples occurred as well.

When discussing Armenia's policy of state terrorism, observers should keep in mind that although it's driven by ethno-religious supremacist motivations, there is nothing inherent to the Armenian people themselves nor their Christian faith which is responsible for Yerevan committing such acts. As said earlier, terrorism isn't unique to any identity-specific characteristic. It's as equally wrong to claim that all Armenians and Christians are terrorists just because some commit terrorism in the name of their ethnicity and religion as to say the same about Muslims who've done something similar before. Terrorism is simply the violent expression of radicalism.

Therefore, the pressing task is to identity radical trends and then work on containing their growth both within the individual and society. This can be very difficult to do, and there are times where radicalism is actually encouraged by the same state which is supposed to combat it. The late Soviet period is a perfect example of this in practice where the radical trend of “Greater Armenia” was unleashed with a vengeance as a result of Gorbachev's glasnost policy. Although the state did eventually make an attempt to contain this trend, it was too late once the proverbial genie was already out of the bottle and killing innocent people in its ideology's name.

Digging deeper, “Greater Armenia's” origins precede even the Soviet period itself, representing the desire of some ultra-nationalist Armenians to recreate their long-lost ancient kingdom over the territories that it once supposedly controlled. It's natural for any nation to feel nostalgic about the past, but what's unnatural is to want to relive it through ethnic cleansing, genocide, and war crimes like the radicalized Armenian separatists have tried to do with Yerevan's full support. Once again, it shouldn't be forgotten that terrorism isn't specific to any identity characteristics, but is a mix of tactics and strategies to advance a radical political goal.

If radical trends aren't successfully counteracted before they take root in an individual and especially in society, then there are few options left than to forcefully eliminate the threat before it claims more lives if those who hold such radical views refuse to abandon them upon being pressured to do so. Taking this into account, Azerbaijan's counteroffensive isn't just aimed at national liberation goals nor only to implement the four UNSC Resolutions on the matter, but is also an anti-terrorist campaign designed to root out this ideological scourge on its territory. It's for these reasons and especially the last one that Azerbaijan deserves full international support.