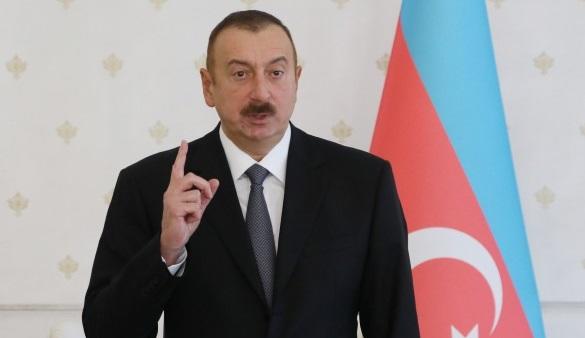 The statement, signed on the night of November 9-10, clearly states that connection should be established between the main part of Azerbaijan and the Nakhchivan Autonomous Republic. Has this connection been set? No!

Axar.az reports that the statement came from Azerbaijani President Ilham Aliyev in an interview with Turkish Anadolu Agency.

"It doesn't take much time to make that connection. The total length of the road there is 40 kilometres. We have built more than a thousand kilometres of roads a year after the war, both soil and asphalt roads. Now the opening of a 40-kilometre road there is not a big problem. However, even Armenia does not agree to this. The discussions remain fruitless. Armenia grossly violates the terms of the November 10 statement. We are still patient and restrained. But our patience has its limits, and the Second Karabakh War showed what happens when our patience runs out. Therefore, we give the Armenian leadership a chance to fulfil all the statement's provisions signed on November 10 and act responsibly," the head of state stressed.