Azerbaijan has great respect for the Ukrainian people 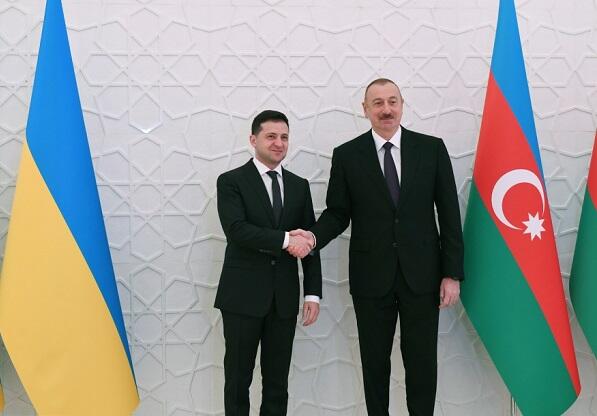 Our peoples are united by friendly ties, and as you know, there is a great interest and respect for the culture of the Ukrainian people in Azerbaijan.

Axar.az reports that the statement came from Azerbaijani President Ilham Aliyev during a joint press conference with his Ukrainian counterpart Vladimir Zelensky in Kyiv on Jan. 14.

"This sign of respect can also be seen in Baku. A monument to the great Ukrainian son Taras Shevchenko was erected on my initiative a few years ago in one of the central parts of Baku, and both Baku residents and visitors rest in the park named after him. "One of them is called 'Ukraine'. That is, these facts in themselves show that our peoples have a long history of relations and we maintain them," he said.