The chief rabbi spoke about Baku in Strasbourg 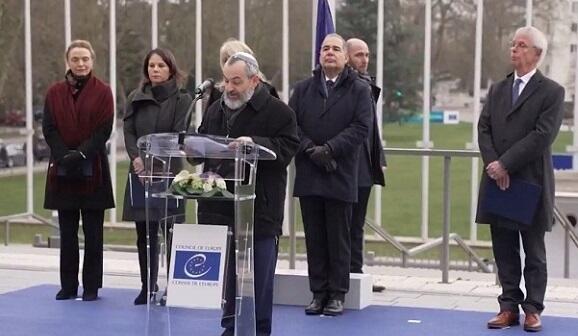 Chief Rabbi of Germany Avichal Apel said that Azerbaijan, a Muslim country, has been caring for Jews for centuries.

Axar.az reports that Avikhal Apel said these words at the ceremony dedicated to the International Holocaust Remembrance Day of the Council of Europe in Strasbourg.

The cleric noted that there is no anti-Semitism in our country, but Azerbaijan, which has opened its heart to Jews, does not receive the necessary support from the EU countries.

He regretfully emphasized that instead of support, the French Senate called for an embargo on the purchase of oil and gas from Azerbaijan, which protects the security and borders of Europe and stands out for its honest position.