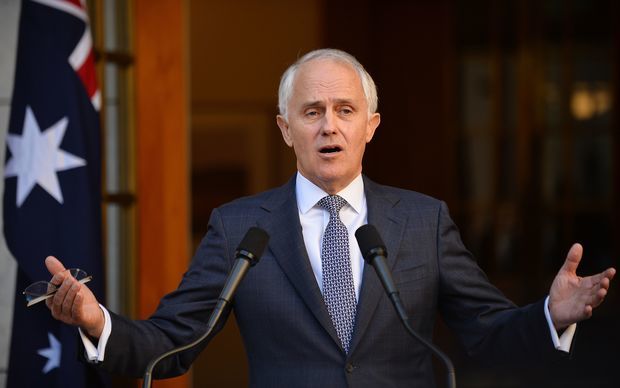 Australian Prime Minister Malcolm Turnbull has slapped down a petition calling for Australia’s national anthem to be given an exciting upgrade from ‘Advance Australia Fair’ to OutKast‘s 2003 hit ‘Hey Ya!’.

The motion was officially tabled in parliament this week, calling for the plodding “Australians all let us rejoice” shtick to be replaced with the R&B group’s up-tempo classic, which topped the Aussie charts and became ARIA’s 15th biggest tune of 2004.

Crushingly, however, the PM has given the House Of Representatives a formal response of ‘Hey Na!’.

“The words and tune of the Australian National Anthem were adopted only after exhaustive surveys of national opinion, starting in the 1970s, and were proclaimed by the Governor-General of the Commonwealth of Australia on 19 April 1984,” Turnbull said.

“The Australian National Anthem is widely accepted and popularly supported by a majority of Australians. The Australian Government has no plans to change the Anthem. Thank you for bringing this petition to my attention.”

It should be pointed out that, although OutKast’s chart-stomper contains no discernible references to Australia itself, it does contain such classic lines as, “My baby don’t mess around because she loves me so and this I know for sho,” “Lend me some sugar, I am your neighbour!” and of course, “Shake it, sh-shake it, shake it like a Polaroid picture,” which I think we can all get behind as a nation.