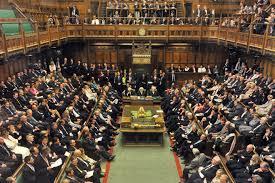 Nearly one in five people working in Britain’s Parliament were sexually harassed or witnessed inappropriate behavior in the past year, said a report commissioned after a series of sex scandals at Westminster.

The report, published on Thursday, called for a new complaints procedure along with a radical change of a culture that can deter some from challenging bosses and suggested forms of punishment for those found guilty of harassing their staff.

”This is a big day for parliament and our politics,“ said Andrea Leadsom, leader of the House of Commons lower house of parliament. “This is a major step in bringing about the culture change that parliament needs.”
Last year, the UK parliament became one of several institutions to become embroiled in a sexual harassment scandal after abuse allegations against Hollywood producer Harvey Weinstein prompted women and men to share stories about improper behavior.

Two ministers lost their posts while others in both the governing Conservatives and opposition Labor Party were investigated over allegations of inappropriate behavior, prompting calls for an end to a “locker room” culture.