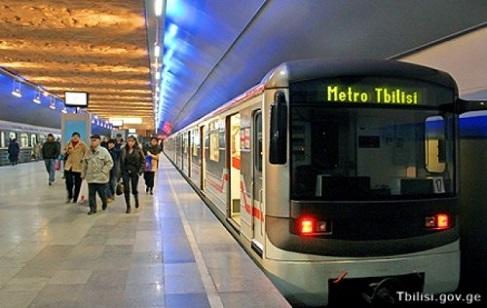 Machinists of Tbilisi Metro have announced a strike with demanding increase of salaries.

Axar.az informs citing the Sputnik, they will not work until their demands are met.

"As the strike is full-scale, the metro has become paralyzed. We will continue our strike until our demands are fulfilled. We require 10 lari (4 dollars) per hour. We want to increase our salaries by 45 percent. Metro will be opened after our requirements are met, "said a participant of the strike, a machinist Beco Gogicashvili.

Mayor of Tbilisi, Kakha Kaladze, has condemned workers of subway who announced a strike: "I will not allow urban residents to suffer from blackmailing and uncertain, undocumented ultimatums. If Metro does not work today, it means blackmailing of our compatriots. Their salaries are higher than that of police patrols, doctors, rescues and firefighters of ambulance brigade”.

Mayor said that buses will carry passengers free of charge during the holidays to prevent the transport of the city be in a paralyzed state.

Notably, the organizer of the strike is Ertoba2013, Trade Union of Metropolitan Workers. At present, the machines receive a salary of 7 lari ($ 2.8) per hour.