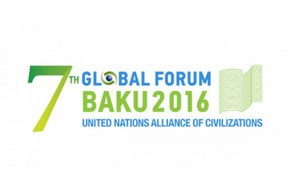 Visits of key figures of global politics to Baku in the light of increasing tensions in the Nagorno-Karabakh conflict prove that these people somehow share the position of Azerbaijan on this issue.

This was stated by a political scientist Ilgar Velizade in his interview, commenting on the upcoming VII UN Global Alliance of Civilizations Forum in Baku on April 25-27.

"This event, of course is a key event, both in terms of the event itself, and in terms of image. Today there is a clear shortage of panels, on which serious issues of humanitarian development of mankind could be discussed", -Velizade said.

According to him, these interactive platforms allow to develop common approaches to solving a number of problems, the rise of Islamophobia, the presence of ethnic and religious conflicts in many regions of the world.

"Most importantly, at least they allow you to create tools with by which countries and international organizations could contribute to the strengthening of world order in matters of security," - said the expert.

Speaking about significance of image building activities, the political scientist said that the venue of the event, Baku is also very important, because today Azerbaijan is situated in one of the conflict-prone regions.

"In this case, referring to the cross-cultural, inter-civilization dialogue, Azerbaijan is trying to attract a constructive part of the world's elite to discuss the problems of the country and the region", - said Velizade.

"Because if there was some kind of conflict of interests in this matter, we should not have been waited for a visit of the UN Secretary General to Azerbaijan at the moment. There is understanding of the need for the development of humanitarian dialogue in such areas, and creating effective platforms for the discussion of all these problems" - said the expert.