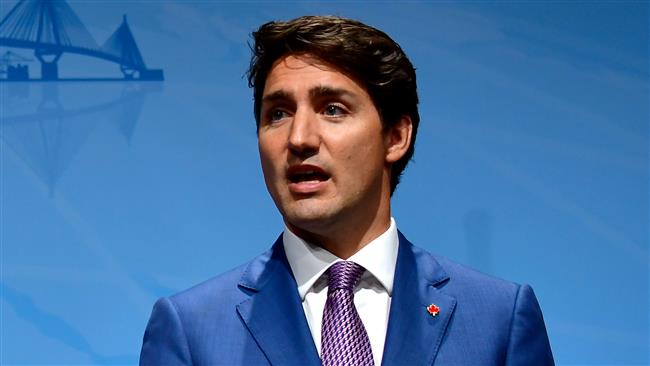 Justin Trudeau was confronted twice over the weekend in the French-speaking Canadian province. A woman called him a “traitor” during a Fete Nationale holiday; the next day, someone taunted the Prime Minister for “bothering us at home” during the celebration.

A protester approached Trudeau during the Fete Nationale celebration at a Montreal Park, when Justin Trudeau greeted the locals and guests of the event on June 24. He asked him in French, “You came to speak English to us? Isn’t your party next week?” suggesting he had come to taunt Quebecers at home. Trudeau immediately fired back “I am home,” adding “There’s no place for intolerance here,” before the Prime Minister's security staff pulled the heckler away.

A family celebration in Salaberry-de-Valleyfield was also shadowed as a woman shouted “traitor,” at Trudeau, prompting his "Happy Fete Nationale" response.

Trudeau’s visit to the French speaking province of Quebec coincided with the local holiday known as St-Jean Baptiste Day, or the Fete Nationale, which is linked to Quebec nationalism.

Trudeau’s father Pierre Elliott Trudeau, who started his political career in Montreal, was the longest serving Prime Minister in Canada’s history. He also had a hard time during the St-Jean Baptiste parade in 1968. It ended into clashes between protesters and police, while some threw bottles at the elder Trudeau.

Twitter users were split on the matter. Users slammed protesters, whom some referred to as “haters,” for trying to divide Canada…

Others advocated “free speech,” pointed out at the long-time grudge among the Quebecers over the Trudeaus and applauded people standing up to him.