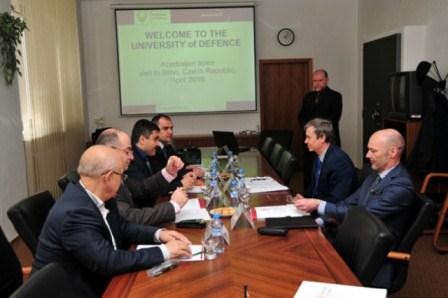 A delegation of the Military Academy of the Armed Forces of Azerbaijan have visited Bulgaria and Czech Republic, under the order of the Defence Minister.

The delegation participated in the meetings held in the Defence University in the Brno of Czech Republic and G.S. Rakovski Military Academy in Sofia of Bulgaria.

During the events the briefings on the “Support for the application of Bologna system and Philosophy Doctor (PhD) programmes” as part of the Defence Education Enhancement Programme in NATO were presented.