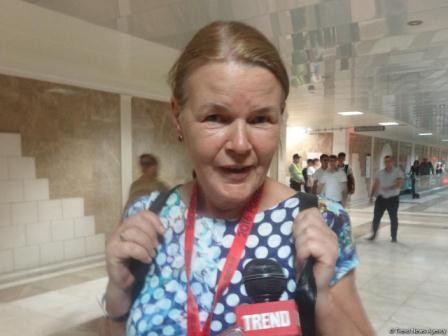 Holding the 2016 Formula 1 Grand Prix of Europe in Baku will bring Azerbaijan many benefits from the economic point of view, since these events attract tourists, Elen, a tourist who arrived in Azerbaijan from the Netherlands to watch the competitions, told on June 17.

The fact that the F1 competitions will be held in Azerbaijan for five years will give a significant boost to the development of the tourism sector of the country, she said, adding that these competitions were organized at a high level.