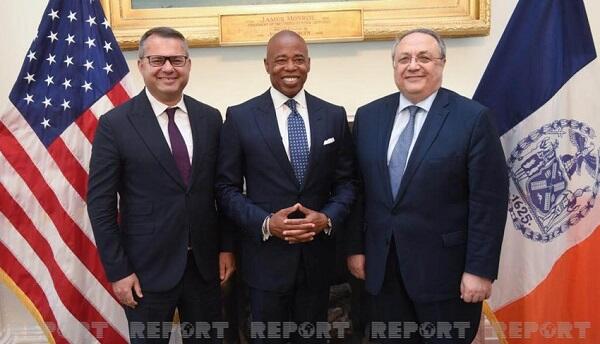 Axar.az reports that it was noted at the meeting that relations between the United States and Azerbaijan have recently been at a high level, and the importance of further development of relations in the political, economic, cultural and other fields was stressed.

The mayor spoke about the active work of the Azerbaijani community living in New York, the largest city in the United States, and said that our compatriots working in various professions contribute to the diversity and richness of the city.

The sides exchanged views on projects to be implemented in the near future in education, culture, economy and other fields.