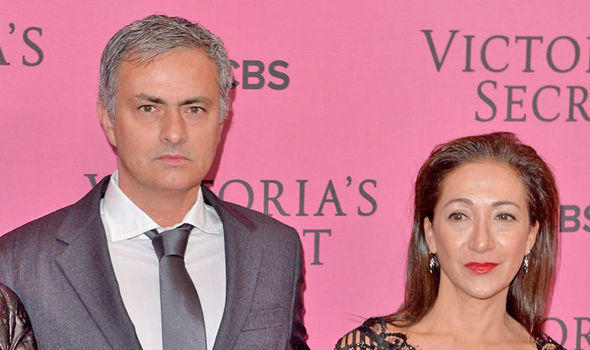 Manchester United manger Jose Mourinho rushed to his native Portugal twice in 24 hours as his wife recovered from emergency surgery.

Axar.az reports the 53-year-old, who joined the Red Devils in the summer, boarded a private jet after his wife, Matilde - also known as Tami - had her operation on Wednesday.

On Thursday morning, he flew back to Portugal and again returned later that evening to his base at the Lowry Hotel, according to the paper.

Upon arrival in the Portuguese capital, he was taken to Hospital De Sao Jose - a private clinic inside the Royal Lisboa Hospital, report Richard Moriarty and Gerard Couzens.

According to the newspaper, the surgery Tami had to undergo was due to complications from a previous operation.

A source close to the family told a friend that she had been 'complaining' for a while.

A source told the paper: 'This Christmas has been very hard but Jose has remained extremely professional and focused on the two things that matter most to him, his family and football.

'Tami's operation came out of the blue and knocked him sideways.'

Their children, Matilde, 20, and 17-year-old Jose Mario and the family were forced to cancel their annual holiday at a beach resort in Brazil because of the operation.

Tami is now recovering at their £2million home in Setubal - 30 miles from Lisbon.