Messi: Barcelona are better without Neymar 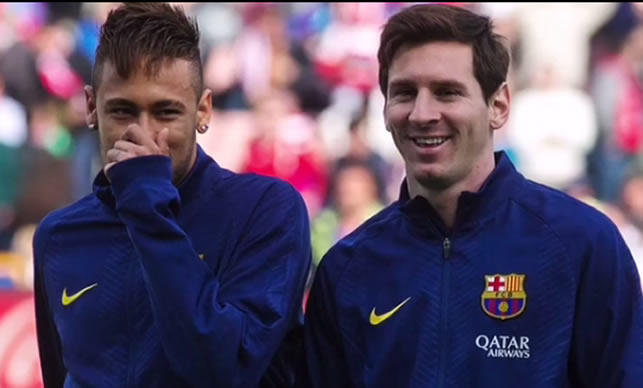 The Argentine superstar believes a €222 million summer sale to Paris Saint-Germain has actually proved beneficial to those at Camp Nou.

Axar.az reports citing goal.com that Lionel Messi has suggested that the €222 million sale of Neymar to Paris Saint-Germain has actually made Barcelona better.

Concerns were raised over the summer when Barca were forced into a record-breaking deal once the release clause of their Brazilian forward was met.

With the player also expressing a desire to move on, the La Liga giants found themselves in a difficult position – with their fearsome ‘MSN’ strike force suddenly broken up.
Ernesto Valverde has, however, overseen an 18-game unbeaten opening to the 2017-18 campaign, with Messi of the opinion that Barca have benefited from a tactical rethink.
The Argentine superstar told Marca: “Neymar's departure has caused the way we play to change.

“We lost a great deal of offensive potential but it favoured us in a defensive sense.
“Currently we are most well-armed in the middle of the field, we have more balance and that makes us stronger defensively.”
Barca have collected 13 clean sheets in all competitions so far, while there has been no shortage of goals at the opposite end of the field.

Messi, who recently collected the fourth Golden Shoe of his career on the back of his efforts in 2016-17, has already found the target 16 times this term.

His individual endeavours have also helped to cover the loss of Neymar, with the 30-year-old having previously admitted that he was unaware that his fellow South American was looking to move on.

Messi told ESPN after seeing Neymar depart on the back of a pre-season tour in the United States: "Until the last day of the tour we were talking and we didn't know anything.

“He said that he still wasn't clear what to do and he didn't know what he was doing. Others said they knew. But right until the last minute, we were speaking to him.”

While Barca have continued to thrive in Neymar’s absence, the 25-year-old has also impressed in his new surroundings.

There have been issues in Paris, such as a much-publicised on-field spat with Edinson Cavani and ongoing talk regarding a potential return to Spain at Real Madrid, but a man widely tipped to taste Ballon d’Or glory at some stage in the future has netted 13 times for PSG while providing a further eight assists across Ligue 1 and Champions League competition.