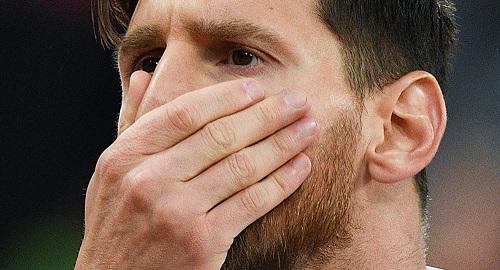 A former French midfielder, Emmanuel Petit, has blasted the Argentine football star for his bleak performance at the 2018 FIFA World Cup, saying Lionel Messi should be ashamed. According to him there’s no place for Argentina in the playoffs.

After a devastating 3-0 defeat of Argentina against Croatia, Lionel Messi has turned from the GOAT [greatest of all time] to one of the biggest disappointments of the 2018 FIFA World Cup in the public eye. While Argentina has almost lost its chance to qualify, the Argentine forward has come under fire for his poor performance. French Emmanuel Petit, who won the World Cup in 1998 and the European Cup two years later, is among the players who have criticized Messi. In his blog for Paddy Power News, the former top player condemned Messi and his team, saying their game was painful to watch.

Argentina look sh*t. It was shameful to watch them. To see Messi walking with his head down, he should be ashamed. I don’t feel sorry for him, either,” Petit’s blogpost reads.

The former player also took aim at one of the most intense rivalries in football, stating Messi is not a leader and “no Ronaldo” in that regard, saying: “He needs to wake up!”

The team has also come under fire from Petit, saying their “body language was so poor, they’ve no confidence and no trust between each other.” He lambasted team manager Jorge Sampaoli for many mistakes “in choosing his team, making substitutions, just everything.”

“It would be a shame to see them qualify, because against Iceland they looked terrible with no inspiration,” the analyst concluded.

The Croatian national team destroyed Argentina 3-0 on June 21 during their World Cup match in Nizhniy Novgorod. Ante Rebic scored the first goal in the second half thanks to a mistake by Argentine goalkeeper Wilfredo Caballero. The second goal was scored by Croatian midfielder Luka Modric. The third goal was scored by midfielder Ivan Rakitic in the closing minutes of the game, adding insult to injury.

Argentina’s first game against Iceland ended in a 1-1 draw on June 16.