Boyle calls for a reassessment of dope-tainted golds 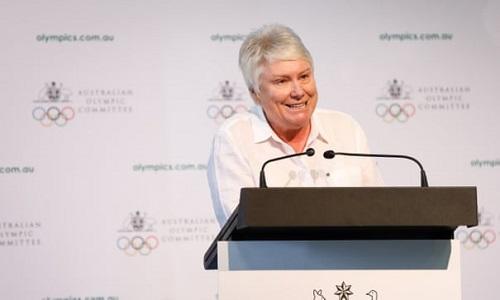 Australian Sports Hall of Fame sprinter Raelene Boyle called on Saturday for a reassessment of Olympic medals won by East German athletes in the decades when the country was operating a systematic state-sponsored doping programme.

Boyle won three silver medals behind Eastern Bloc athletes over two Olympics, the last two coming in the 100 and 200 meters at the 1972 Munich Games when she was beaten by East German Renate Stecher.

It was not the first time Boyle had called for redress in the years since she saw first-hand East German secret service files the evidence that Stecher was doping when she won her two gold medals.

"There's a lot of people out there who really deserve medals they didn't get, and we have a lot in this country," she said in her acceptance speech at the Australian Olympic Committee annual general meeting.

"You go to the museum in Berlin and you can pull out drawers and see what those women were taking to make them run so fast.

"I think our 'family' of the past deserve to be re-looked at, and I do feel a little bit let down by the IOC and WADA (World Anti-Doping Agency)."

The International Olympic Committee made it clear in the late 1990s, when the full excesses of the East German system were revealed, that there would be no redress for injustices that fell outside their eight-year statute of limitations.

Bach said on Saturday he was bound by those decisions.

"That's a very difficult issue that we had to address with other sports and other athletes. Some of my predecessors had this challenge," the German said.

"The decision was taken that there was a statute of limitations that unfortunately prevents the IOC from making any corrections in this respect."