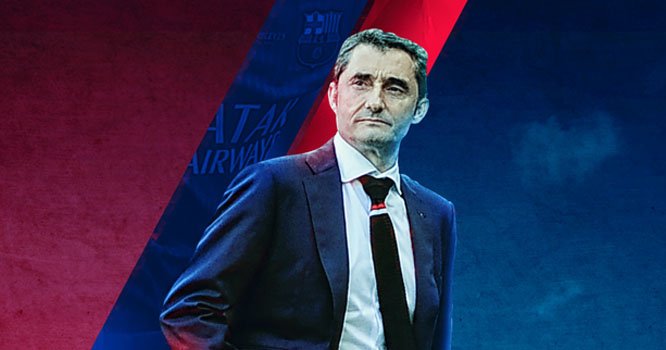 Fox Sports has reported that the Catalans have finally narrowed down their list of Valverde’s replacement to three candidates- Erik ten Hag, Marcelo Gallardo and Ronald Koeman. The three managers have all been successful with their respective names and do know the gameplay of Barcelona, thanks to them employing a similar style with their own sides.

Axar.az reports citing FS that Marcelo Gallardo, the River Plate boss, has led the Argentinian giants top ten trophies in his five years with them and would be open for a new challenge in Spain. He seems to be the favorite to take over at the Camp Nou, but the Blaugrana must reconsider before employing someone without experience and much knowhow of European football.

Ajax Amsterdam boss Erik ten Hag has also been closely linked with the potential job vacancy at Barca. The Dutchman oversaw an incredible campaign for his side last year, leading them to the Champions League semi-final. Erik ten Hag would be a fabulous choice for the Catalans, but he has committed to Ajax Amsterdam until the end of this season.

Ronald Koeman is by far the best choice because of his long relationship with Barcelona. The 56-year-old spent six years playing at Camp Nou and two more as an assistant coach, so among the three candidates, he is best aware of the lofty standards in Catalonia. However, Koeman is set to remain with the Netherlands’ national team until Euro 2020 ends.