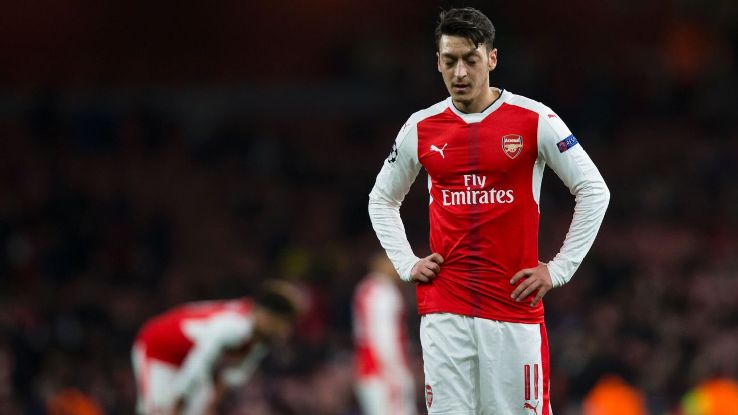 Axar.az reports that former Real Madrid and Arsenal attacking midfielder Ozil left the pitch with a stretcher in the minute 64 after Antalyaspor's Fredy tackled him.

Ozil seemed to be unable to step on his left foot and was subbed out.

The visitors Antalyaspor took the lead in the 12th minute at the Ulker Stadium as midfielder Fredy scored the opener after Fenerbahce defender Marcel Tisserand's inaccurate pass.

Fredy had the ball to put it into the Fenerbahce net with a low shot.
Fenerbahce waited for the equalizer for at least an hour.

In minute 83, Fenerbahce pulled the level as Ecuadoran winger Enner Valencia dribbled past three players in the area to equalize.

After the match ended 1-1 in Kadikoy, Antalyaspor's Belgian goalkeeper Ruud Boffin was sent off after a verbal exchange with people in Fenerbahce stands near the substitutes bench.