"Qarabag" scored a goal: in the 99th minute 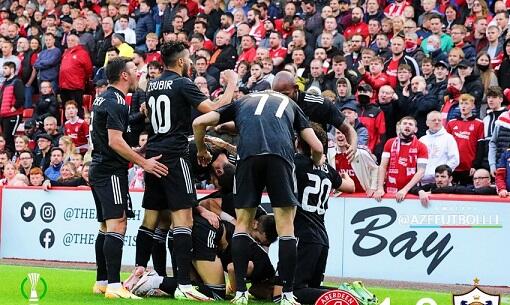 The starting squads of "Zurich" and "Qarabag" who will face each other in the return match of the second qualifying round of the UEFA Champions League in Switzerland have been announced.

Maxim Medvedev scored an own goal in the 4th minute of the match: 1-0.

In the 55th minute of the match, Borges scored the equalizer for "Qarabag": 1-1.

Santini put Zurich ahead in the 5th minute added to the main match: 2-1.

The main time of the match ended 2-1 at the expense of "Zurich". As the total score was 4-4, 30 minutes were added to the regular time.

Kwabena scored the equalizing goal of "Qarabag" in the 98th minute: 2-2.