Trump to change US approach towards Russia 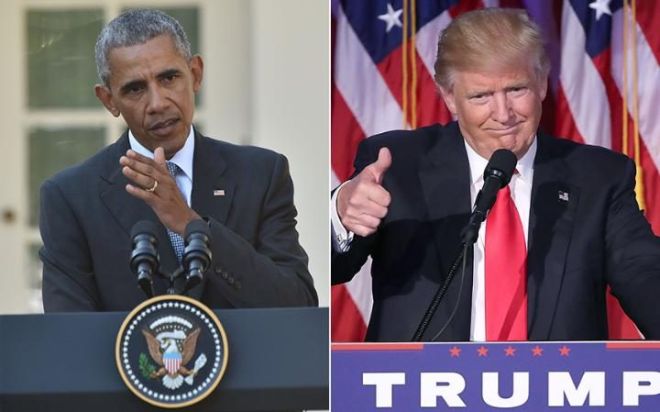 US President Barack Obama has warned the US president-elect, Donald Trump, against taking a purely “realpolitik approach” to relations with Russia.

“I’ve sought a constructive relationship with Russia but what I have also been is realistic in recognising there are some significant differences in how Russia views the world and how we view the world,” Obama said at a press conference with the German chancellor, Angela Merkel.

While not expecting Trump to “follow exactly our blueprint or our approach”, Obama said he was hopeful that his successor would pursue constructive policies that defend democratic values and the rule of law.

Trump, he said, should not “simply take a realpolitik approach and suggest … we just cut some deals with Russia – even if it hurts people or violates international norms or leaves smaller countries vulnerable or creates long-term problems in regions like Syria”.

“What makes me cautiously optimistic about my successor and the shift from campaign to governance is there is something about the solemn responsibilities of that office, the extraordinary demands that are placed on the United States not just by its own people but by people around the world, that forces you to focus,” the Guardian cited Obama as saying.