Putin: Fidel Castro was ‘symbol of an era’ 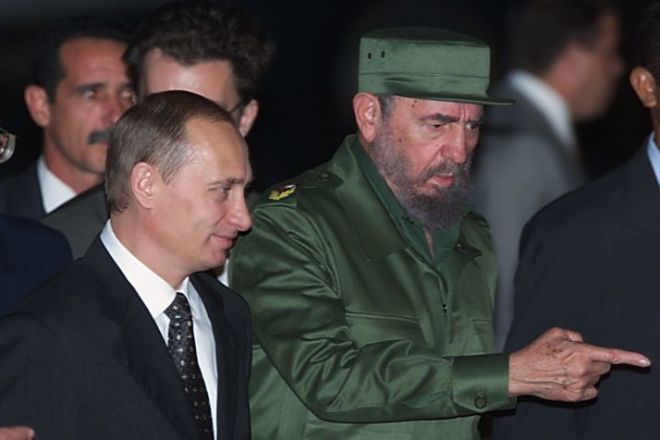 Russia’s President Vladimir Putin has offered condolences following the death of the Leader of the Cuban Revolution Fidel Castro, saying his name would become a symbol of the epoch in the newest global history, the Kremlin’s press service said on Saturday.

"Free and independent Cuba, which he and his allies built, became an influential member of the international community and became an inspiring example for many countries and nations," the telegram reads. "Fidel Castro was a sincere and reliable friend of Russia. He made a huge input in establishment and development of the Russian-Cuban relations, close strategic partnership in all spheres."

"He was a strong and wise person, who always faced future with confidence," the telegram reads. "He demonstrated high ideals of a politician, citizen and patriot, who is adamant in the right course, to which he sacrificed all his life."

"At this mournful time, please say for me the words of sympathy and support to all members of your family," Putin said "I wish you courage, strength in facing this tragic loss."

The historic leader of the Cuban revolution, the founder and leader of the first socialist country in the Western hemisphere - Cuba - Fidel Castro died on Friday late afternoon at the age of 90.