Ash Carter in Israel as country gets F-35 jets 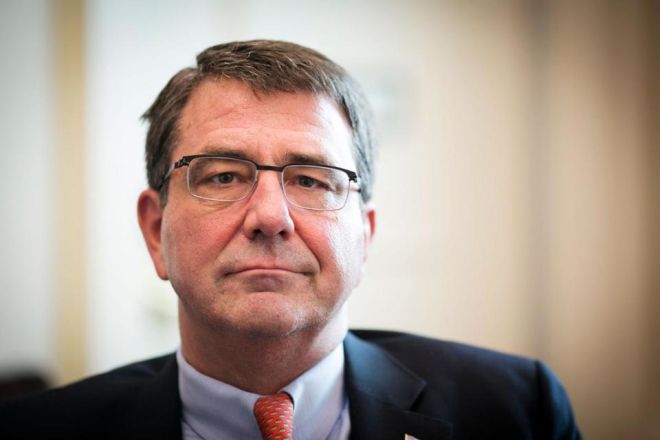 U.S. Defense Secretary Ash Carter is visiting Israel as it's about to receive the first two next-generation F-35 fighter jets.

Carter was welcomed with a military honor guard at a Tel - Aviv army base on Monday. The jets are meant to maintain Israel's military edge over its Mideast neighbors for years to come.

Israeli Defense Minister Avigdor Lieberman says they "present another component in maintaining air superiority in our region" and expressed gratitude to Carter.

The F-35 is the Pentagon's most expensive weapons program, with an estimated cost of nearly $400 billion. Israel is among a small number of allies to get the plane, with the first expected later in the day.

The F-35 program has been criticized by members of the U.S. Congress over testing problems and cost.