Holland says it wary of 'long arm' of Turkish state 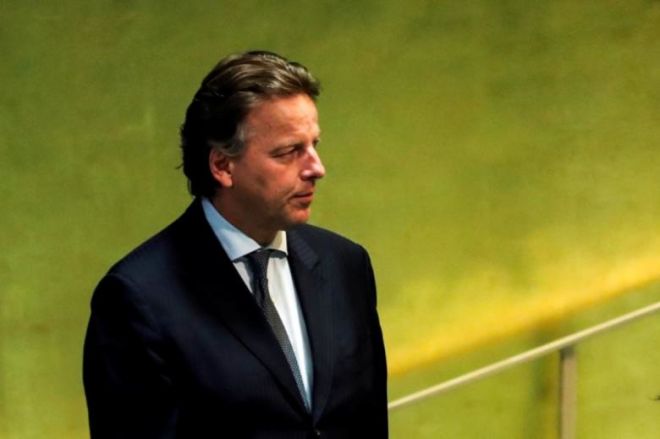 The Netherlands said on Wednesday it would challenge every instance of the "long arm" of Ankara extending to its territory, after a report the Turkish embassy had sent home a list of Dutch Turks who might have sympathized with July's failed coup.

The Dutch foreign minister summoned Turkey's ambassador in The Hague after a report in De Telegraaf newspaper citing Yusuf Acar, who is both a diplomat and the chairman of the Dutch arm of Turkey's Directorate of Religious Affairs, as acknowledging he had compiled the list of "Gulenists".

Ankara accuses supporters of exiled cleric Fethullah Gulen of backing the short-lived coup in which over 240 people were killed. In Turkey, over 100,000 people have been detained, suspended or sacked from judiciary, media and civil service and tensions have spread within the 500,000 Dutch-Turkish community, with some suspected Gulenist sympathizers facing death threats.

"We're going to ask for clarification about this," Koenders said.

"In addition, we are going to engage with the Turkish authorities and the Diyanet organization in Ankara. That's part of our policy of challenging every incident that concerns the "long arm" with our Turkish counterparts."

Acar told De Telegraaf that he had assembled the list from publicly available sources in his capacity as an employee of the Turkish Embassy, and not as leader of the religious affairs directorate, the Diyanet.

Koenders said that "if true, that means the combination of a diplomatic status with the chairmanship of Diyanet is problematic."

As recently as Friday, the Dutch Diyanet had issued a press statement denying any involvement with "collecting information on Gulenist sympathizers".