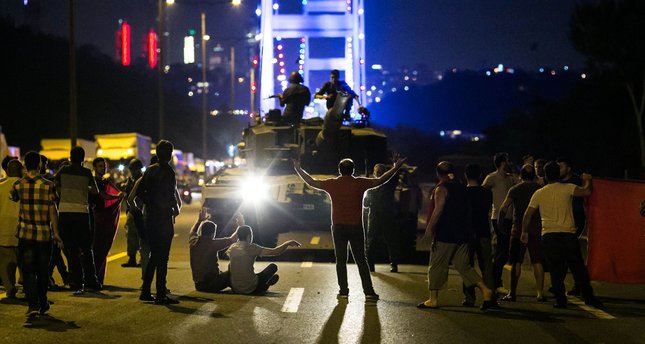 Ankara prosecutors Friday filed an indictment over the incidents at Turkey's 4th Akinci Main Jet Base last July 15, the night of the defeated coup.

Axar.az reports that Akinci -- which was renamed Murted after the attempted coup -- located outside Turkey's capital Ankara, was used as a base by some pro-coup soldiers, and some of the jets which took off from the base that night bombed several places in Ankara, including the parliament building.

Loyal Turkish military officers were also held hostage at the base.

The indictment brought charges against former Air Forces Commander Akin Ozturk, who is seen as the main soldier plotting the coup inside the military.

Ozturk was charged with being a member of the FETO/PDY (Fetullah Gulen Terrorist Organization and Parallel State Structure) and a member of so-called "Peace at Home Council".

The indictment also recounted a conversation when a person identified as Bayram Aktan asked then-Maj. Mehmet Akcara “Where is the commander? What happened?” meaning loyal soldier Chief of Gen. Staff Gen. Hulusi Akar.