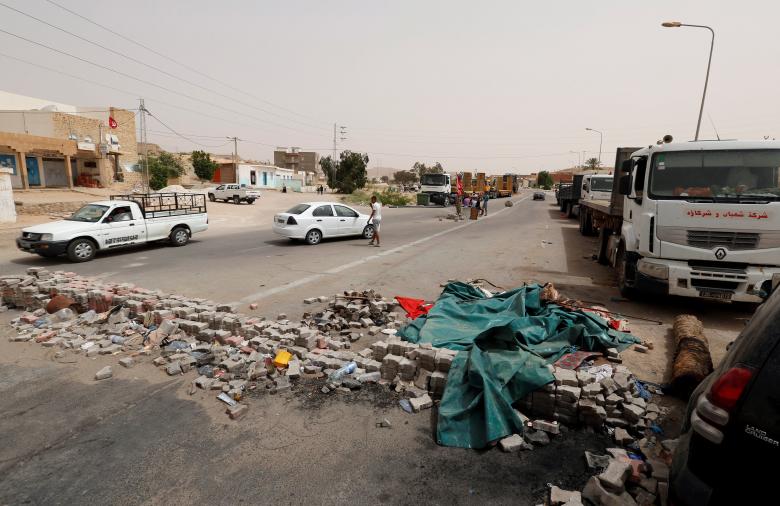 Tunisian protesters on Saturday shut down an oil pumping station in southern Tatatouine province that feeds a coastal shipping terminal as part of their protests to demand jobs, local state radio and two witnesses said.

The army has been protecting facilities in south Tunisia, but after troops twice fired in the air to disperse the crowd, a local engineer was allowed to close the Vana pumping station to avoid clashes with protesters, the witness said.

Tunisia is a small oil producer at around 44,000 barrels per day total. But weeks of protest in southern provinces already forced two foreign companies to stop production or close fields and another removed staff as a precaution.