US authorities investigating into radiation leak 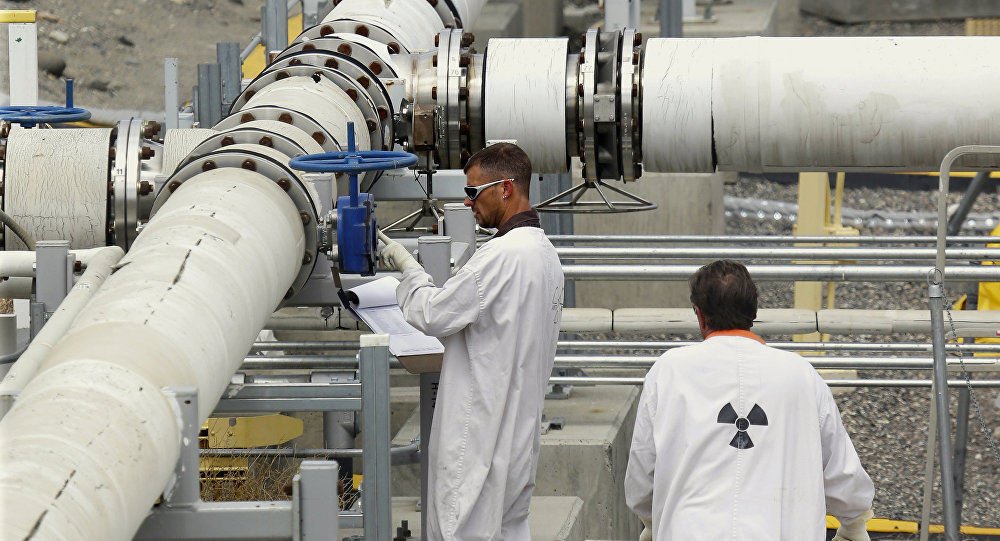 The authorities of the US state of Washington are investigating into a possible radiation leak after radioactive materials were discovered on the clothing of a person who had been working on site of a collapsed tunnel at the Hanford nuclear waste site, media reported.

According to CNN broadcaster's Saturday's reports, contamination was also discovered on Thursday on a robotic device which had been used by Washington River Protection Solutions (WRPS), a contractor working on site.

"Established decontamination procedures were followed, which involves removing the contaminated clothing. Further surveying the worker showed no contamination remained. No other workers were affected, and all members of the crew were cleared for normal duty," the outlet quoted WRPS spokesman Peter Bengtson as saying.

According to the broadcaster, WRPS said the leakage was not found, however, the contractor is planning to carry out a visual inspection by video.

Washington's Governor Jay Inslee also urged the US Department of Energy to investigate into the incident and the safety of the site.

On May 9, a section of railroad tunnel containing contaminated materials near the Plutonium Uranium Extraction Facility (PUREX) of the Hanford nuclear site collapsed. After the incident, the US Department of Energy confirmed there was no radiology contamination at the site.

On May 11, the collapsed tunnel was sealed according to US Energy Secretary Rick Perry.

The US government has been in the process of cleaning up the Hanford nuclear site since 1989.