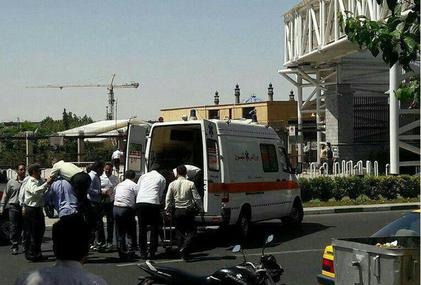 An explosive device has been defused near the southern Tehran Imam Khomeini shrine, Iranian media reported Wednesday amid claims that one of the perpetrators was a woman.

"Officials say one explosive device has been defused near Imam Khomeini shrine this morning," the Mehr news service posted on its Twitter account.

The Press TV broadcaster, meanwhile, said one of the mausoleum assailants "has reportedly killed himself by swallowing cyanide."

"Suicide bomber in Imam Khomeini shrine was reportedly a woman. She blew up herself outside shrine on western yard," Mehr added later.