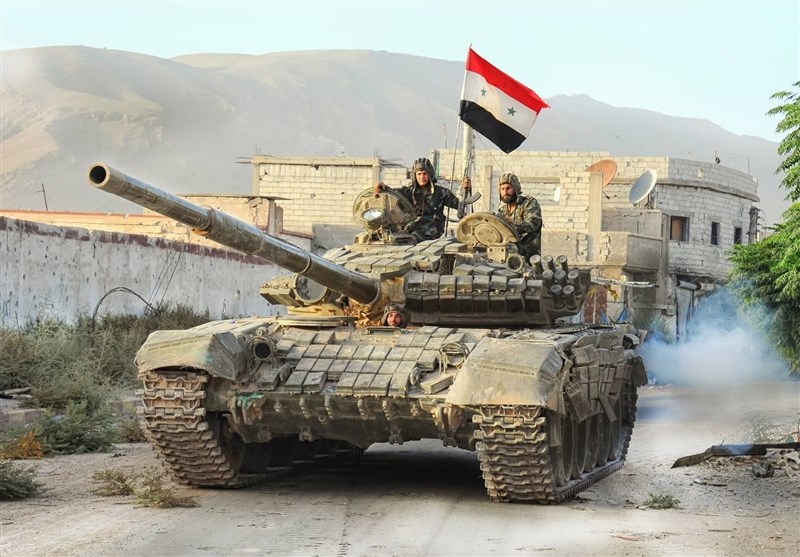 Syria’s army and its allies foiled a major offensive by ISIS (ISIL) terrorists in Deir ez-Zor, claiming the lives of over 50 militants in the eastern province.

According to Tasnim dispatches, the terrorists on Tuesday launched a multipronged attack against the Syrian army’s military posts in the areas of al-Panorama, Tallet al-Sonouf and Tal Barouk in Deir ez-Zor, but were pushed back after the Arab country’s forces, backed by warplanes, shelled their fighting positions.

During the clashes, more than 50 terrorists were killed and dozens of other injured. Also, eight vehicles belonging to the militants were destroyed.

Following the counterattack, Syrian jets carried out strikes against the Takfiri terrorists in the surroundings of Regiment 137, al-Taim crossroads, Kou’a al-Mayadeen and Talet al-Sanouf.

In a separate development, the army troops continued to make gains in their fight against the ISIS terrorists in Homs, retaking a key hilltop overlooking northeastern Palmyra in the central province.

The army units also destroyed ISIS gatherings and sites in Arak station, Minoukh, east of Jib al-Jarah in the eastern countryside of Homs.

Over the past six years, Syria has been fighting foreign-sponsored militancy. UN Special Envoy for Syria Staffan de Mistura estimated in August that more than 400,000 people had been killed in the Syrian crisis until then. The UN has stopped its official casualty count in Syria, citing its inability to verify the figures it receives from various sources.