US, China boost ASEAN ties ahead of summit 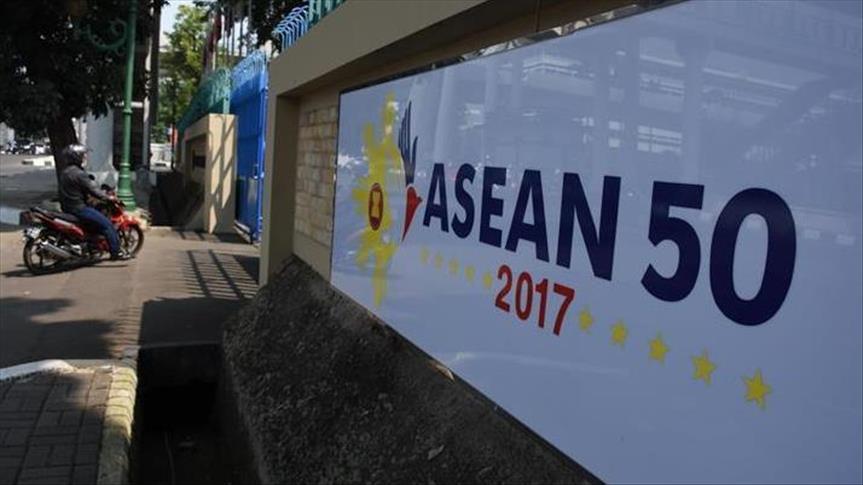 Axar.az reports citing AA that, a senior White House official confirmed Trump will hold a bilateral meeting with President Rodrigo Duterte, among other ASEAN leaders on the sidelines of the ASEAN Summit and related meetings, according to the by state-run Philippine News Agency.

The regional bloc marked its 50th anniversary, with the Philippine as its chair this year and Washington noted the U.S. would be well represented.

"The President is going to be attending a gala dinner on the night of the 12th, celebrating ASEAN's 50th anniversary, its 40th anniversary of ties with the United States, and also the EAS (East Asia Summit) as well," the White House statement said. Trump’s participation will assert U.S. leadership in promoting an Indo-Pacific trade and security architecture based on freedom, openness, and adherence to rule of law, the official said.

ASEAN members Brunei, Cambodia, Laos, Myanmar, Philippines and Thailand have joined the largest joint maritime rescue exercise conducted by the Ministry of Transport of China off China's Guangdong province on Tuesday, according to a report by ABS-CBN News.

The drill sought to enhance maritime cooperation in the South China Sea and forms part of the implementation of the Declaration on the Conduct of Parties in the disputed waters between China and the regional bloc amidst unresolved conflict.

Beijing claims almost all of the South China Sea, including a cluster of islands, reefs and atolls further south called the Spratlys. Brunei, Malaysia, the Philippines, Taiwan and Vietnam have overlapping claims to the waters.

Earlier this year, Beijing committed to formally announce with ASEAN states during the summit, the start of the negotiations of the Code of Conduct that contains a set of norms to guide the conduct of parties and promote maritime cooperation in the South China Sea.

The Philippines said nearly 60,000 security forces will be deployed for the summit.