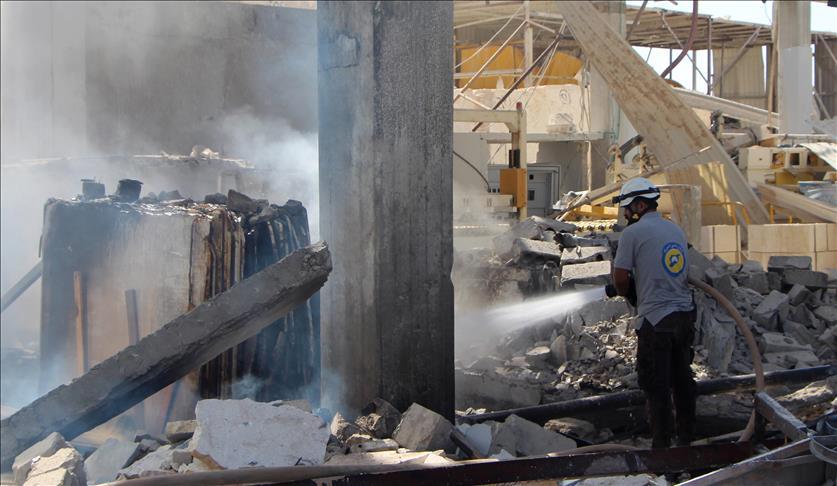 At least 10 people have been killed Monday in airstrikes that targeted a marketplace in Syria’s northwestern Aleppo province, local sources said.

Axar.az reports citing AA that three airstrikes targeted a marketplace where approximately 100 people were present in the opposition-held Atarib town located in the western countryside of Aleppo province, according to local sources.

Around 50 people were injured in the airstrikes, the sources said, fearing that death toll may rise. The injured were transferred to the nearby field hospitals.

Syria has been in turmoil by a devastating civil war that began in early 2011 when the Assad regime cracked down on pro-democracy protests with unexpected ferocity.

Since then, hundreds of thousands of people have been killed in the conflict and more than 10 million displaced, according to the UN.