US may recognize Israel as Jewish state 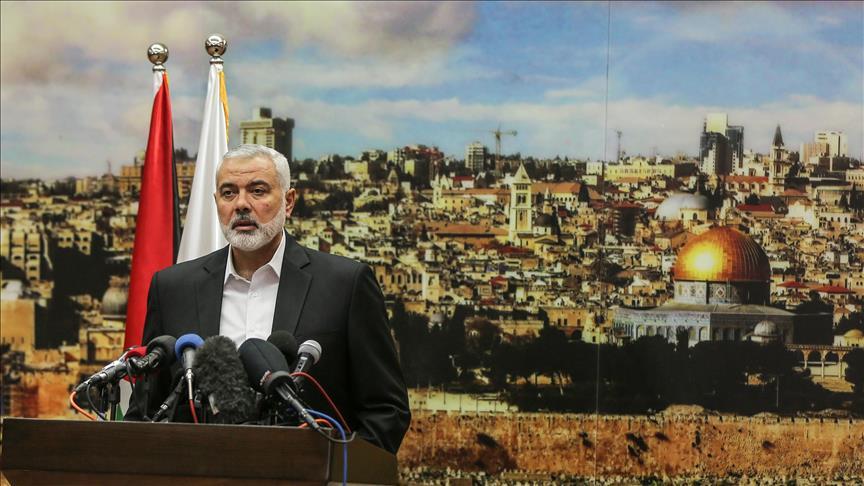 Axar.az reports citing AA that speaking at a local convention in Gaza City, Haniyeh said his group had obtained information that Washington may take new decisions regarding Jerusalem and the Palestinian cause.

"We have information that the U.S. administration may recognize Israel as a Jewish state, annex settlements and abolish the Palestinian right to return," he said, without explaining where he got the information from.

Israeli Prime Minister Benjamin Netanyahu has demanded recognition of Israel as a Jewish capital for reviving peace talks with the Palestinians, which collapsed in 2014.

Palestinians fear that accepting Netanyahu’s demand could negate any right of return of Palestinian refugees from wars since 1948 to what is now Israel.

The Hamas chief called for a review of the Middle East peace process.

"The Palestinian Authority is requested to take a clear position regarding the Oslo peace accords and security coordination with Israel," he said.

Haniyeh stressed that Jerusalem would remain the capital of Palestine. "Every step taken by the Israeli occupation is invalid," he said.

On Dec. 6, U.S. President Donald Trump officially recognized Jerusalem as Israel’s capital despite worldwide opposition. The decision has sparked angry demonstrations across the Muslim world. Turkish President Recep Tayyip Erdogan and other top Turkish officials have been at the international forefront opposing the U.S. move.

On Thursday, the UN General Assembly overwhelmingly passed a resolution against Trump's Jerusalem decision by a vote of 128-9.