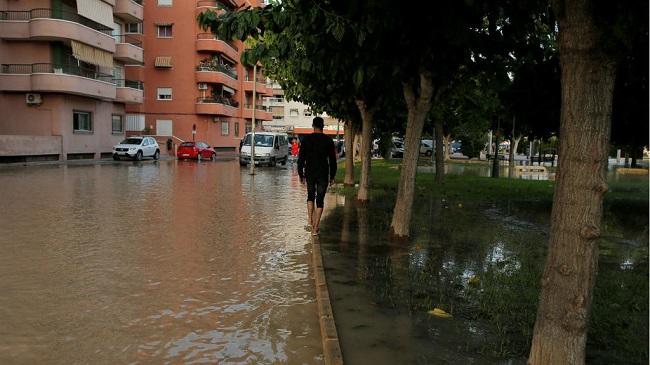 Axar.az reports citing France 24 that the latest fatality was a man whose body was found in the area of Redovan, some 50 kilometres (30 miles) southwest of the city of Alicante, a spokeswoman for the emergency services said, without giving details.

Earlier in the day, a 36-year-old man died in the Andalusia region after his car was swept away in the rushing waters, the local emergency services said. His empty car had been found earlier in the day.

Also in the morning, a middle-aged man died in the coastal city of Almeria after his car got stuck in a tunnel that flooded within minutes, they said.

City mayor Ramon Fernandez-Pacheco told Cadena Ser radio that police managed to save two other people who were also in the vehicle but were unable to save him.

More than 3,500 people have been evacuated from their homes, the interior ministry said.