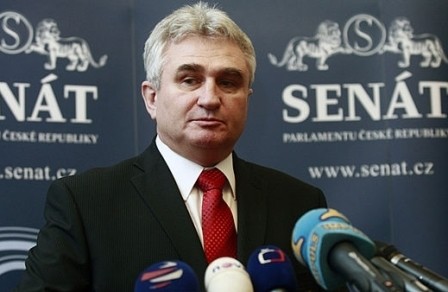 President of the Senate of the Czech Republic Milan Stech is expected to visit Azerbaijan, Czech ambassador to Azerbaijan Vitezslav Pivonka told reporters on Friday.

“Discussions are underway with Azerbaijan’s foreign ministry and other government agencies in this regard,” the ambassador said.

He noted that Jan Hamacek, chairman of the Chamber of Deputies of the Czech parliament, visited Azerbaijan two months ago.

The ambassador added that Valeh Alasgarov, vice-speaker of the Azerbaijani parliament, will visit the Czech Republic next week.

During the visit Alasgarov will hold several meetings, Pivonka said stressing that inter-parliamentary relations between the two countries are at a high level.