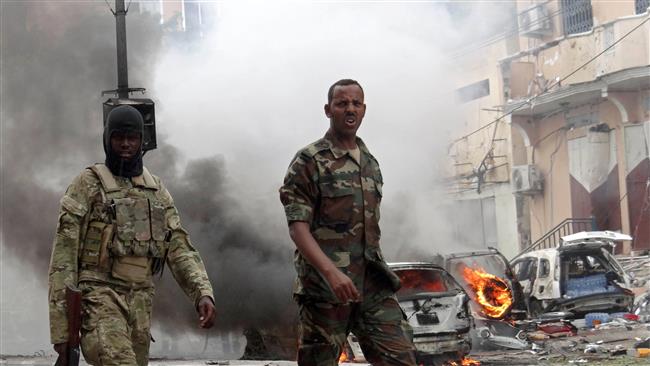 An attack on a military base in the Somali capital, Mogadishu, has killed at least eight people and injured 14 others, officials say.

Axar.az reports citing foreign media that a suicide bomber driving a car targeted the gates of the base near Mogadishu Stadium, military officials said.

The extremely loud explosion was heard across the city.

Islamist militant group Al-Shabab said it was behind the attack. It often carries out bombings targeting security forces and officials.