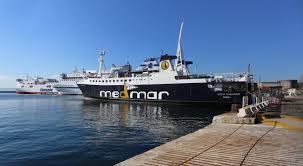 British officials have warned of a "potential hijack" of a ship off the coast of the United Arab Emirates.

Axar.az reports in a statement, the United Kingdom Maritime Trade Operations (UKMTO) advised shipping near Fujairah in the Gulf of Oman to exercise extreme caution.

It has not given any details of the incident or the vessels involved.

The Gulf of Oman links the Arabian Sea with the Strait of Hormuz - a key international shipping route.

UKMTO had initially warned ships of an incident before declaring a "potential hijack" hours later.

Earlier in the day, four oil tankers reported that they were "not under command", which usually means that a vessel has lost power and cannot steer. One of the ships later began moving, AP news agency reports.

An Oman Air Force marine patrol aircraft was seen flying over the sea at the same time, according to data from FlightRadar24.com.

The incident comes less than a week after an oil tanker was attacked by a drone off Oman, killing two people.

The US, UK and Israel blamed Iran for the attack.