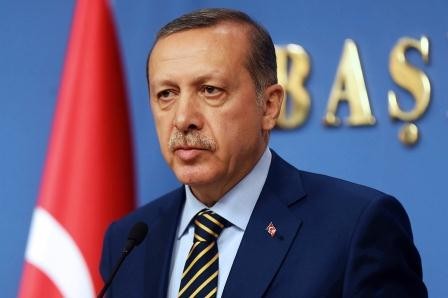 Turkish President Recep Tayyip Erdogan has offered his condolences to German President Joachim Gauck over a shooting in Munich which has left at least ten people dead, Anadolu Agency reported.


An 18-year-old German-Iranian gunman opened fire near a shopping mall in the southern German city on Friday evening, killing at least nine people and wounding more than a dozen. The gunman later killed himself.


In his condolence message to Gauck on Saturday, Erdogan said that he vehemently condemned and cursed the “flagrant” attack.


Erdogan stated he was deeply sorry that many innocent people, including Turkish citizens, lost their lives or were injured.

"Turkey, which has become the target of countless terror attacks and acts of violence for many years, shares the pain of Germany, where our many citizens live.


“On behalf of myself and my nation, I offer my deepest condolences to you, the friendly German nation and the families of those who lost their lives in