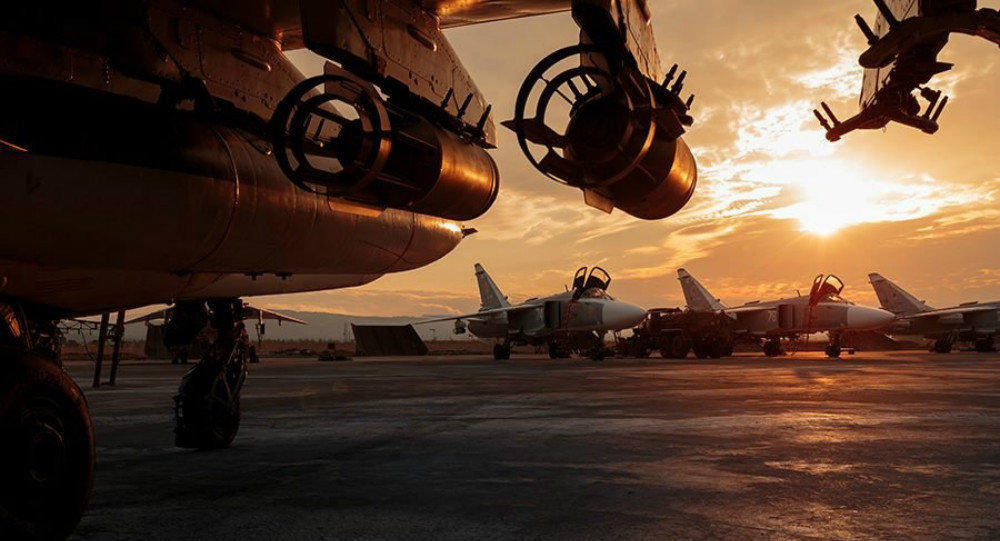 The Russian foreign minister has emphasized that contrary to Pentagon's statements, the US presence in Syria is illegal.

"The Syrian army’s actions supported by the Russian Aerospace Forces to eliminate the remaining Daesh militants were hindered, while more time was needed to reach our goals," Russian Foreign Minister Sergei Lavrov has stated, commenting on reports of the US letting Daesh terrorists flee from Raqqa.

According to Lavrov, Russia has asked for an explanation as the "consequences of militants' leaving safe and sound have influenced the situation on the ground."

When asked if Russia has proof of US allegedly being in cahoots with the Daesh terrorist group, Lavrov has stated, "I cannot speak about collusion. We use facts. We have no proof that there was any collusion."

Commenting on Pentagon's claims that the US is present in Syria lawfully due to a UNSC decision, Lavrov called the statement "absurd."

"The US is justifying its presence, which is illegitimate because it is not based on the decision of the UN Security Council or the invitation of the legitimate government [of Syria]."

Evacuation of Daesh Militants From Raqqa

Lavrov's statement comes in the wake of a BBC report, saying that the US-backed Syrian Democratic Forces (SDF) alliance of Kurdish and Arab militias allowed about 250 Daesh jihadists and some 3,500 members of their families to leave the Syrian city of Raqqa in October.

Operation Inherent Resolve spokesman Col. Ryan Dillon has confirmed the information, adding that the evacuation of Daesh militants after screening was an attempt to reduce bloodshed in Raqqa.

Previously, Reuters reported citing a militia spokesman that 275 Daesh fighters from Syria left Raqqa, according to an agreement with the US-led coalition, while 200-300 militants mostly of foreign origin remained in the city prior to the final assault on the city started.

After the evacuation of civilians and some Daesh militants, the US-backed rebel forces announced the liberation of Raqqa, which had been under terrorists' control since 2013.

According to the Syrian news agency SANA citing an official source at the Foreign and Expatriates Ministry, Damascus would consider Raqqa an occupied city until it comes under the control of the army.