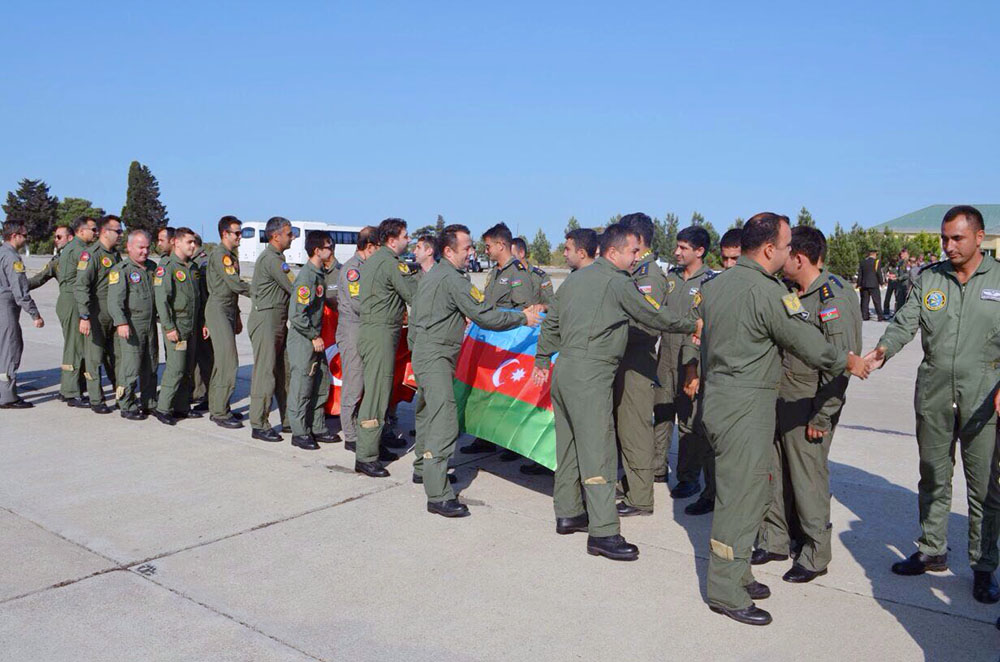 After welcoming the military personnel participating in the exercises, Lieutenant General Ramiz Tahirov emphasized the attention paid by President of the Republic of Azerbaijan, Supreme Commander-in-Chief of the Armed Forces Ilham Aliyev to the Azerbaijani Army and highlighted the importance of the exercises. The commander noted that this is another indicator of the military power of Azerbaijan and stressed that these exercises play an important role in the exchange of experience between the armies of the two countries.

Stressing the importance of conducting exercises in Azerbaijan, Brigadier General Ismail Koseali expressed a sense of pride and emphasized that the holding of such joint exercises has become traditional in recent years. The military attaché congratulated the participants with the start of the exercises and wished them success in conducting high-level military aviation flights.

Then, detailed information on the purpose of the exercises, the training and deployment of personnel, the forces involved and the combat missions of aviation was presented.