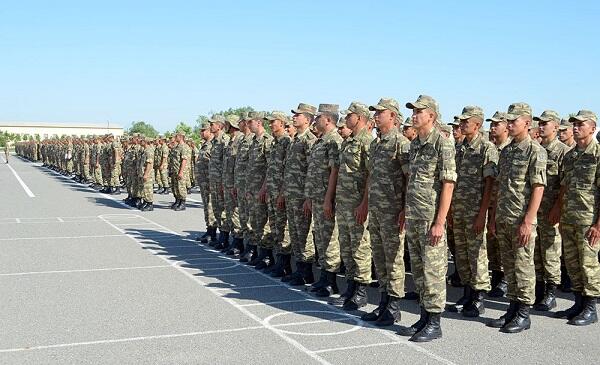 A ceremony was held to send another group of Azerbaijani servicemen to a commando course in the brotherly country within the framework of the agreement on cooperation in the field of military education between Azerbaijan and Turkey.

Axar.az reports that addressing the servicemen, Deputy Defense Minister Lieutenant General Karim Valiyev conveyed the Minister's congratulations to the personnel on the occasion of the upcoming Armed Forces Day. In his speech, he spoke about the historical significance of our victory in the Great Patriotic War under the leadership of President Ilham Aliyev, the examples of heroism and courage shown in battles.

Noting the importance of military cooperation between Azerbaijan and Turkey, the Deputy Defense Minister wished success to the delegation.

Then, a group of servicemen and veterans who distinguished themselves in the battles during the Patriotic War were awarded orders and medals awarded by the relevant order of the President of the Republic of Azerbaijan.

Speaking on behalf of the personnel, they said they would always be loyal to the state, people, Supreme Commander-in-Chief and the Military, and will always be ready to fulfill the tasks, orders and tasks.