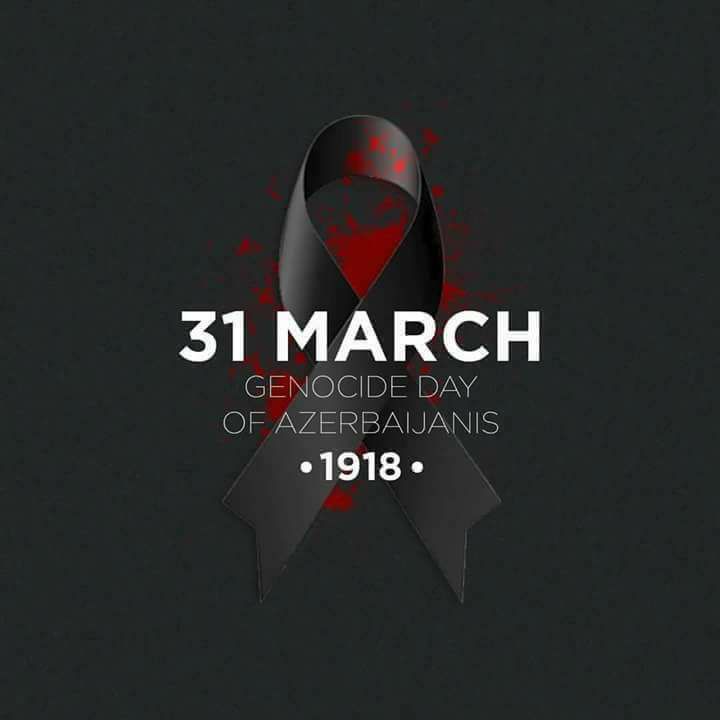 The genocide repeatedly committed against the Azerbaijani people and has not received throughout many years its political-legal assessment, is one of tragic pages of history.

The purpose of the genocide committed by aggressive Armenian nationalists against Azerbaijanis within almost two hundred years, consisted in deportation of Azerbaijanis from their historical homelands and creation there by means of foreign patrons of the Armenian state. As it was marked in the Decree of the President of the Azerbaijan Republic dated March 26, 1998 “On the Genocide of Azerbaijanis”, “all tragedies which have occurred in XIX-XX centuries in Azerbaijan, being accompanied by capture of the lands, made separate stages of the systematic genocide carried out by Armenians concerning Azerbaijanis”. To realize this disgusting idea, measures of military, ideological and organizational character were consistently carried out. The centuries-old history of our people has been roughly distorted, and the history of Armenians was presented as ancient and exaggerated. Azerbaijanis were gradually ousted from the native lands, and in their territories were settled the Armenians moved from another countries. Throughout decades the genocide was accompanied by total ideological aggression, terror against the Turkish and Azerbaijani people, their outstanding representatives. In the conditions of discrimination concerning the Turk-Muslim people at the time of imperial Russia and the USSR this policy proceeded in more refined and dangerous methods, deportation and genocide of Azerbaijanis has accepted mass character.

If to recollect chronology of genocide carried out concerning Azerbaijanis, the scale and methodology of evil deeds made against our people and crimes should cause anger and indignation. Mass settling of Armenians on our historical lands after division of Azerbaijan as a result of war between the former Russian Empire and Iran, the slaughter made by Armenian dashnaks in 1905 and 1918 at support of the Imperial Russia and Bolsheviks, stage-by-stage transfer of our territories to Armenia in 1920s, deportation of Azerbaijanis from Armenia in 1948-1953 on the decision of the Soviet Government have been carried out under special scenario, as coherent plan components. Provoked by management of Armenia and the USSR separatist actions of the nationalists of Nagorno Karabakh in the late eighties which have outgrown subsequently in the present large-scale war, becoming about one million of Azerbaijanis as refugees and IDPs, occupation by Armenia of the 20 percent territory of the Azerbaijan Republic – all is the incomplete list of the acts of militant Armenian chauvinists, obsessed with the crazy idea about “great Armenia”, and their patrons.

Still in the twenties of XVIII century tsar Peter I has instructed on placing of Armenians in Baku and Derbent, the historical lands of Azerbaijanis. And in 1802 tsar Alexander I, has directed to the Caucasian governor concrete instruction about use at any cost Armenians at capture of the Azerbaijan khanates. As a result of the Russian-Iranian and Russian-Turkish wars in XIX century, on the Azerbaijani lands it has been moved 40 thousand Armenians from Iran and 85 thousand from Turkey, and in territories of Iravan and Nakhchivan khanates “the Armenian province” was formed. As a matter of fact, it became the base of the future Armenia created at the expense of the Azerbaijani lands. It has to be reminded that at that time in the city of Yerevan there lived 7331 Azerbaijanis and 2369 Armenians. In the spring of 1918 Armenians, including Stepan Shaumyan, who, under the mask of a Bolshevik, pursued dashnak policy, and his supporters have carried out evil deeds concerning Azerbaijanis in Baku, Shamakhi, Guba, Karabakh, Lankaran, Ganja, Zangezur and in other regions, with special cruelty have exterminated more than 70 thousand innocent people, have wiped villages, and their inhabitants have been driven from homelands. The Armenian armed groups have destroyed 229 villages in the Baku district, 272 - in Ganja, 15 - in Zangezur province and 157 - in Karabakh. In 1918-1920s, the dashanks with unprecedented cruelty have killed in the Western Azerbaijan of 565 thousand Azerbaijanis.

In connection with slaughter arranged in Baku and adjoining districts, S. Shaumyan wrote on April, 13, 1918, to Moscow: “We used as a pretext armed attack on our cavalry group and have gone over to the offensive on all fronts. We already had the 6-thousand armed forces. The dashnak armed national units were also in our disposal. Their participation has given to civil war the character of national slaughter. However, it was impossible to prevent it. We intentionally have gone on it. If Azerbaijanis took upwards then they could declare Baku capital of Azerbaijan”.

Though the genocide pursued against Azerbaijanis also has long history, the truth about it has been brought to the public notice thanks to resoluteness of the nationwide leader Heydar Aliyev. Only after his Decree from March 26, 1998 the genocide has received its political-legal assessment. Since then March 31 is marked at the state level as Day of Azerbaijanis` genocide, carried out actions of respect of the memory of victims of genocide.

Using possibilities of foreign Armenian Diaspora and the Armenian lobby in the large states, the Armenian nationalists continue to create an image of “the poor, oppressed Armenian nation”, try to hide the truth about the genocide committed by them against Azerbaijanis and the Turk, to take away attention of world community from the fact of occupation of the Azerbaijani lands. However, they should remember that their monstrous acts should receive its political-legal assessment as crimes against humanity. The world states should refuse stereotypes in this question, generated as a result of the Armenian propagation, and not give in to false tears of "the distressful nation”.

May Allah bless the souls of the victims of genocide!