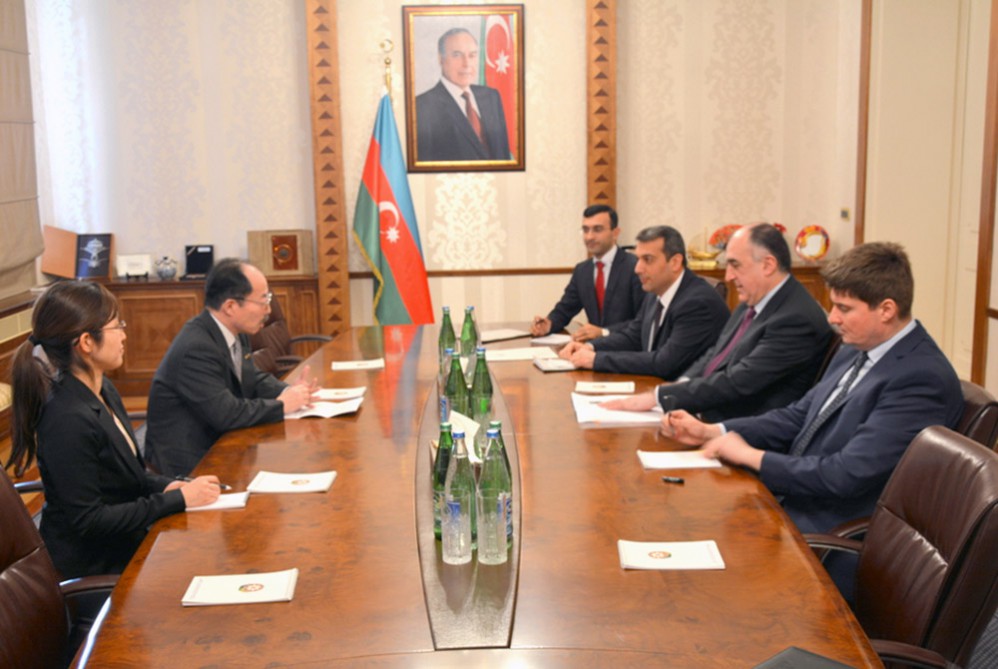 The delegation headed by Luc Devigne, Director for Russia, Eastern Partnership, Central Asia and OSCE of the European External Action Service is visiting Azerbaijan within next round of negotiations on Azerbaijan-European Union partnership agreement.

Within the frameworks of the visit Foreign Minister Elmar Mammadyarov received Luc Devigne. The sides expressed their satisfaction with the constructive and intensive pace of negotiations on the draft partnership agreement. It was noted that at this round of negotiations main focus of discussion was political and trade issues.

They expressed their hope that as a result of the talks conducted in an atmosphere of mutual understanding the draft of partnership agreement will be finalized by the Summit Meeting of the European Union Eastern Partnership countries to be held at the end of this year.

At the meeting the sides also exchanged views on the current status of relations and prospective development of cooperation between Azerbaijan and the EU. It was noted that recently held Azerbaijan – EU Business Forum provided new opportunities for further development of mutually beneficial economic, trade and investment cooperation.

The sides expressed assurance that during the visit of Johannes Hahn, the Commissioner for European Neighborhood Policy and Enlargement Negotiations on June 16, fruitful discussions will be held on various aspects of Azerbaijan-EU cooperation with a particular focus on transport, trade, connectivity issues.

During the meeting, regional issues were also discussed. Touching upon Armenia-Azerbaijan Nagorno-Karabakh conflict Minister Mammadyarov stressed the importance of a unified approach by EU with respect to the resolution of protracted conflicts based on the principles of respecting to the territorial integrity and sovereignty of states within internationally recognized borders, as it is enshrined in the Global Strategy of EU.