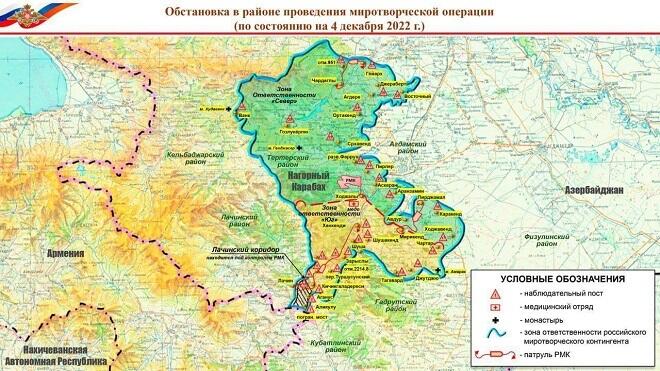 In the map shared yesterday by the Ministry of Defense of Russia on the daily activities of Russian peacekeepers temporarily stationed in our country, other place names are mentioned in Azerbaijani, except for the phrase "Nagorno-Karabakh".

Axar.az reports that this is reflected in the map posted on the official website of the Russian Ministry of Defense.

It should be noted that the commander of the peacekeeping forces temporarily stationed in Karabakh, Major General Andrey Volkov, during his answer to the journalists' question on December 3, stated that they respect our toponyms and mark them with the names sent by the Azerbaijani side, but on the website of the Russian Ministry of Defense, this rule was not followed correctly.