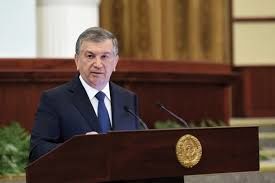 Uzbekistan's prime minister and interim president, Shavkat Mirziyoyev, looks likely to win a presidential election on Sunday by a landslide and become the second leader of Central Asia's most populous nation since independence.

Axar.az informs thatm, the biggest challenge may still lie ahead for the 59-year-old former communist apparatchik - establishing the same level of authority as his all-powerful predecessor, Islam Karimov, in whose shadow Mirziyoyev spent more than a decade.

Karimov, who ran the resource-rich former Soviet republic of 32 million people with an iron fist since 1989, died from a stroke in September, aged 78.