Le Pen abandons plans to pull France out of EU 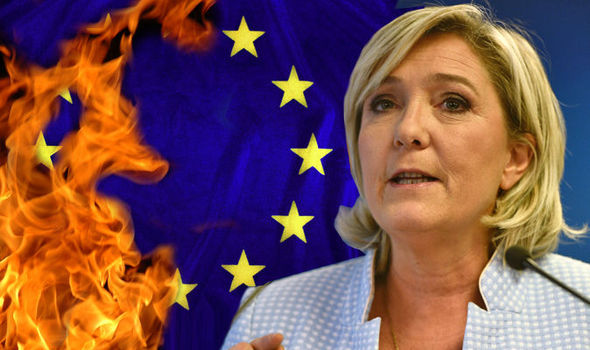 Marine Le Pen is set to abandon plans to pull France out of the EU and restore the franc as she prepares for an overhaul of Front National policy.

After her defeat to Emmanuel Macron in the second round of French election voting earlier this month, leading figures within her Front National party will meet to discuss a change in policy direction.

Bernard Monot, the party’s chief economic strategist, told the Telegraph: “There will be no Frexit. We have taken note of what the French people told us.

“I continue to think that the euro is not technically viable but it makes no sense for us to keep insisting stubbornly.

“From now on our policy will be to renegotiate the EU treaties to give us more control over our budget and banking regulations.”

Holding an EU referendum and withdrawing from the Eurozone were central policies in Ms Le Pen’s presidential campaign and despite her defeat, the 48-year-old has vowed to maintain her opposition to the single currency.

She said: “It may hurt me but what other solution is there? Am I supposed to lie and pretend that it is possible to pursue our patriotic policies while we are still in the euro?

“I am very well aware that the subject of the euro has seriously unsettled the French, almost to the point of irrationality. We will have to take this into account, discuss it, and reflect on it.”

“We can do nothing under the current structure in Europe, and the euro is the keystone. Not a single one of our measures will ever see the light of day. The euro is not a currency. It is a political weapon to force countries to implement the policies decided by the EU and keep them on a leash.”

As president Macron prepares to try win a parliamentary majority for his fledgling political movement En Marche! (On the Move!) in legislative elections next month, the challenge of unifying the French people after a very divisive general election is likely to play heavy on his mind.

More than 48 per cent of voters in the first round of the election last month opted for parties that wanted either a full withdrawal from the EU, or a radical change in Eurozone policy.